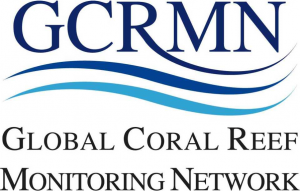 For the past 3 years, we have been a critical component of this milestone report with Francis Staub among the core team and co-authors, and Tom acknowledged for his supporting efforts.

This flagship product of the GCRMN describes the status and trends of coral reefs worldwide. This sixth edition of the GCRMN Status of Coral Reefs of the World report is the first since 2008, and the first based on the quantitative analysis of a global dataset compiled from raw monitoring data contributed by more than 300 members of the network. The global dataset spanned more than 40 years from 1978 to 2019, and consisted of almost 2 million observations from more than 12,000 sites in 73 reef-bearing countries around the world.

Francis and Tom were also key to the organisation and hosting of the launch event on October 5th, alongside communicating key messages and administering the global network of organisations.

The message is clear: Coral reefs are under severe stress from climate change but signs of resilient reefs provide hope for their future. We can turn the tide but it does require immediate action.

We are incredibly proud to be involved in this herculean effort to produce such a valuable report #ForCoral and all those that depend on coral reef ecosystem services. We look forward to continuing to support the GCRMN and organising regional webinars for the continued dissemination of key messages and results.